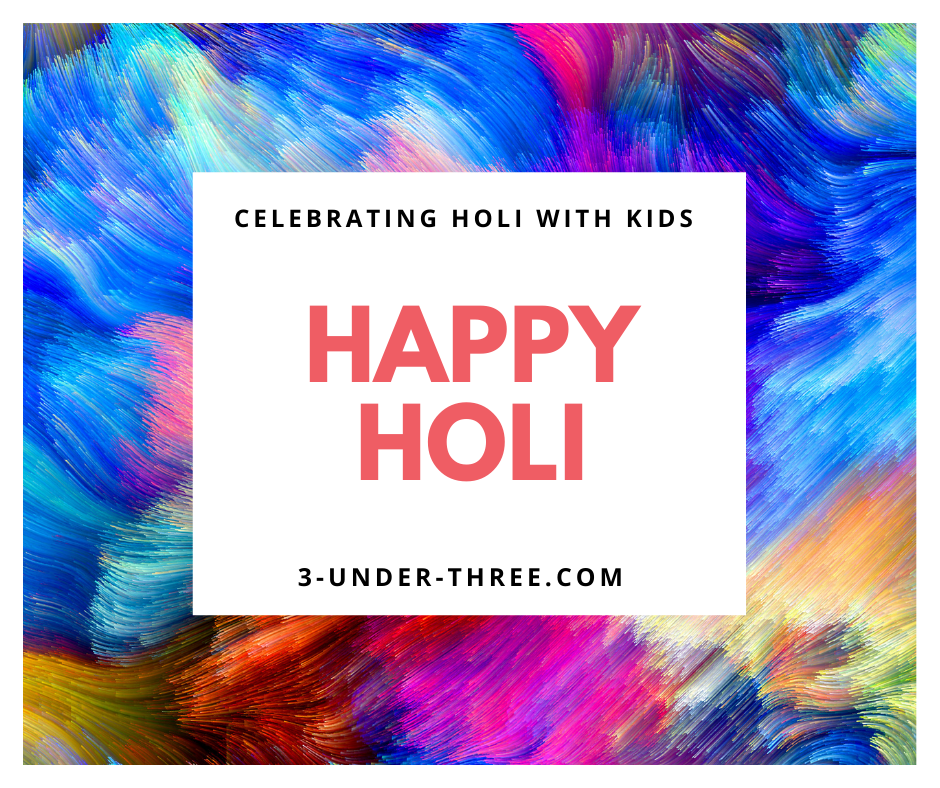 I’ve always thought the Indian holiday of Holi looked incredibly fun – the photos of the celebrations are incredible! My girls are part Indian – my Father-In-Law is from India. They have Indian middle names – Anais Maya, Gisele Savita, and Vivienne Parvati. I think it’s a wonderful idea to try to exposure them to Indian culture, as we haven’t been able to travel to India yet, and with the Pandemic, and I think it may be a while before that happens now. His family typically doesn’t celebrate Holi – “too messy,” in the words of his dad! But I really wanted to make this happen! In all honesty, it was the BEST day I’ve had in recent memory. It was amazing to have so much fun with family, and the girls all had a blast.

In one on my local facebook parenting groups, I saw someone post about Kulture Krate, a business run by a local mom that provides boxes to help celebrate Indian holidays. I bought the Holi box, and I’m so glad I did! It came with a kid’s book on Holi to help Anais learn about the holiday, three packets of colored powder to celebrate, some Holi coloring pages, some colorful chocolates, and two crafts, which I’ll mention below. This box was 100% helpful in making this celebration for us – I’m not sure I would have had the energy/knowledge to get this stuff on my own!

Anais has been obsessed with this box. She was with me when we went to pick it up (okay, all three kids were because we love putting them in the car to give the other parent a break). She talked about the box the entire week before. Every day it was, “Can I open the box now?” We ended up writing “Open the Box” on her calendar, so she could mark down the days. And one day, when she was being particularly grumpy about getting dressed, I bribed her with getting one thing from the box. I had planned to let her read the Holi book in advance anyway, so this was a win. So Anais has known we were going to have a party and celebrate, and has been really excited for it. On Saturday morning, when she woke up I told her it was the day she could open the box and we’d have our party. I reminded her it was a celebration from India, where her Dadaji is from. She then asked if she could wear an Indian outfit for the day (below!). 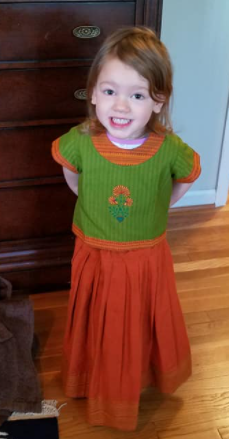 A few months ago, I saw a post (again, in my local mom’s group) about a baking company that featured Desi sweets. Cupcake Novelties, another local business, offers twelve types of Indian flavored cupcakes. I was not familiar with all of the flavors, so I choose two that I knew Mohan’s family would like – Rasmalai and Gulab Juman. I had been waiting for a good excuse to try these, and Holi seemed perfect. So Saturday morning, I again loaded up all three kids, and drove out to Fairfax to meet someone in a Michael’s parking lot to get these cupcakes. 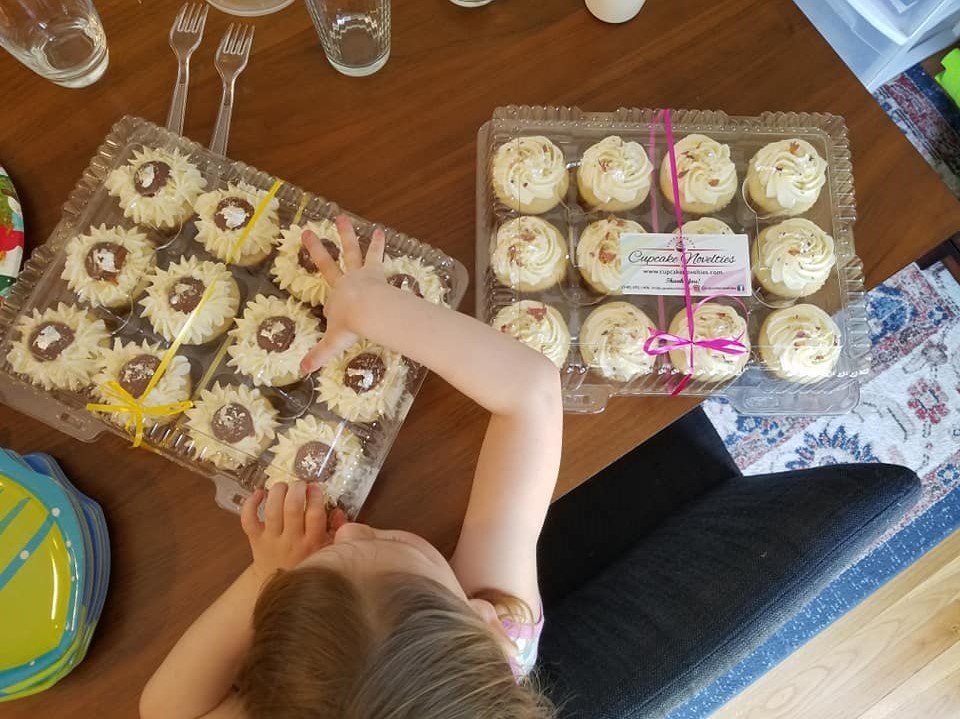 Let’s be honest that with three kids, and an ability to only make like one passable Indian dish, I wasn’t planning on cooking. I ordered from Haandi, and got a bunch of dishes and breads for us to all share. So the day was set! I had activities, lunch, and cupcakes for everyone! We started by having lunch, and even the babies really liked the Indian foods they tried (naan and some paneer, which is an Indian cheese).

After lunch, we used the colors! I poured the three colors into different containers and also had a big bowl of water (to help make the color stick). Everyone had so much fun putting colors on everyone else – we had handprints on our shirts, colors on our faces and arms, and at the end Anais ended up throwing the blue directly at me, so know I continue to have blue tennis shoes. Even the babies got some colors! The color powdered we used was made of cornstarch, and doesn’t stain, so we didn’t have any concerns. I don’t have a link to the exact type we used, but here are some from Amazon if you’d want to do this yourself another year! 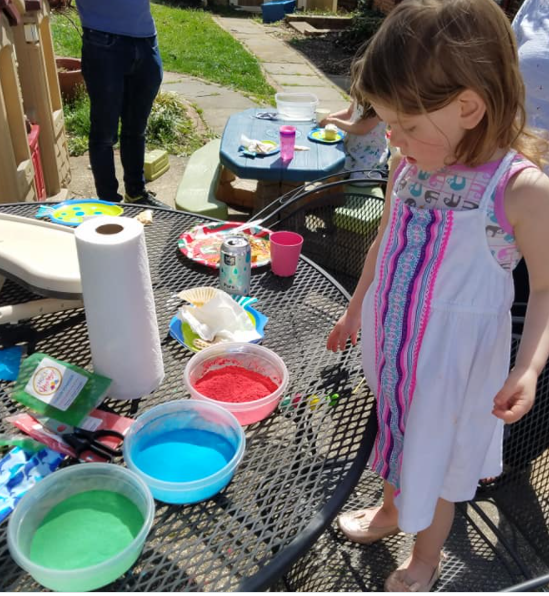 After the colors were finished, Anais, her aunt Malini, and I did one of the crafts – a Rangoli. It was a patterned circle, and you’d peel away the stickers and then pour colored sand on it to make your picture. I liked it enough that I found some similar ones on Amazon that I’ve added to her birthday wish list. (I also enjoyed these too, more than I’d like to admit). 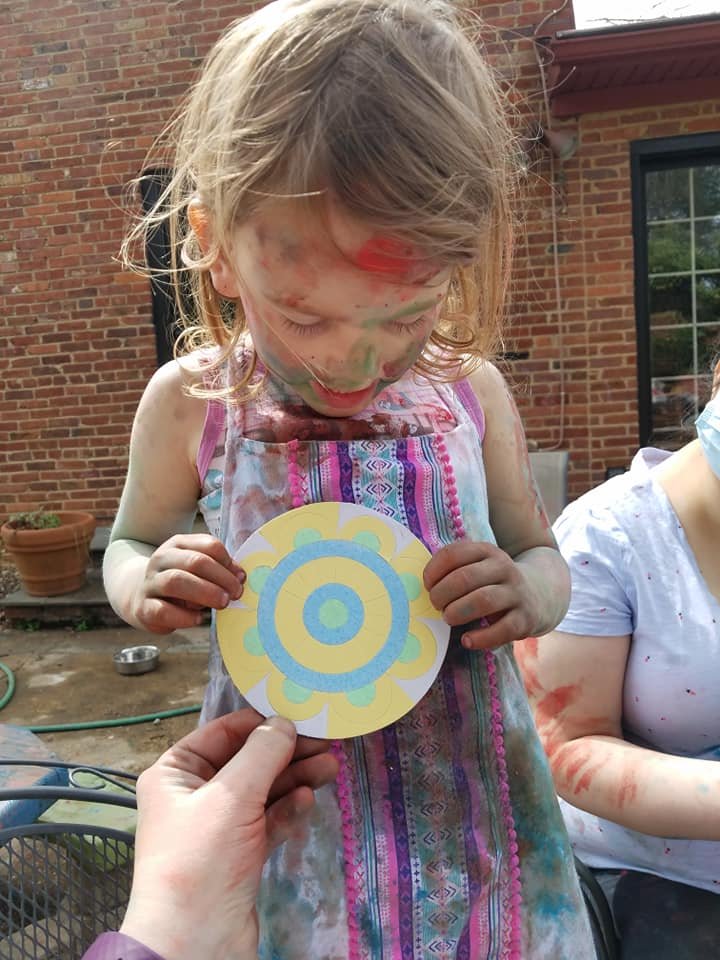 Afterwards, everyone had baths or showers (including the adults), we did a load of colored laundry (washing it twice, just in case), and then we took it easy the rest of the day. I know the babies were tired, because they both had very long afternoon naps, and then Gisele was ready to go to bed about 45 minutes earlier than normal. Even our dog Buska was exhausted, and just laid around napping the rest of the day. 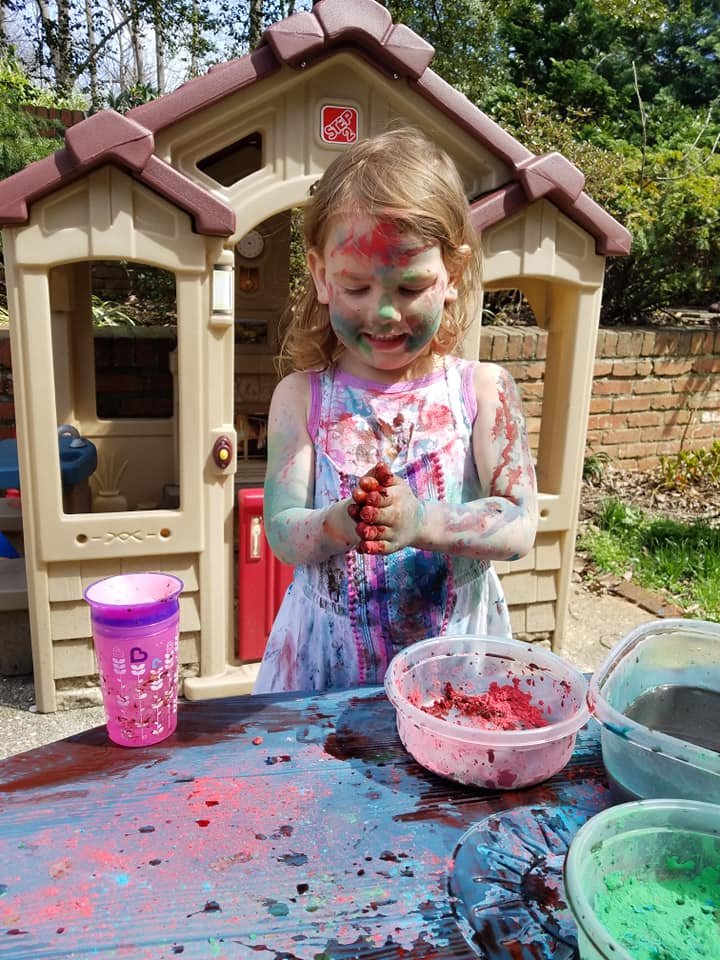 All in all, I had an amazing time, and I’d love to do this again in the future – but ideally with way more people to celebrate! Want to stay updated on new posts? 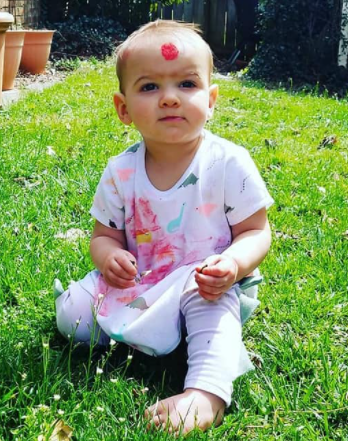