A Treatise on Bedtimes 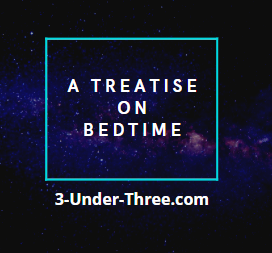 How is it I’m spending two hours a night on bedtimes? I think its partially inefficiency, and partially me wanting to grab some snuggling time with my girls before they fall asleep. But here is how it realistically goes at my house.

Gisele gives us clear warning signs that she is tired. Her tried and true “I’m tired” signal includes sucking her left thumb (ONLY the left thumb) and moving her right arm up over her eyes to block the light. Another signal, though less common, involves just passing out in highchair instead of eating dinner. I feel this – I’ve wanted to do this myself some days.

Gisele almost always goes up to bed first. Gisele is a chill baby at night, and after you change her and give her a bottle, she is generally content to hang out in her crib while you feed Vivienne (You’ll see Vivienne is NOT with the reverse in the next section). She loves to stand up in her crib and she loves it when I reach an arm out from the nursery glider to hold her little hands. She’s often a bit chatty at night but doesn’t put up much of a fuss or cry very long. She also engages in her signature move – sucking her left thumb, and because she can’t yet stand upright without holding on to something, instead of moving her right arm over her eyes, she does the opposite and just nuzzles her face into the crook of her right arm while she holds on to the crib rail. After a few minutes of that she just lays down and quiet goes to sleep.

Occasionally when I leave the room, and she isn’t fully asleep she’ll stand up quickly and yell, “Mama.” I kind of love it, because she says it so rarely (and really only when I’m walking away from her and she disagrees with that choice. Which is EVERY TIME).

About 10 minutes after Gisele goes upstairs, one of us will bring up Vivienne next. It’s the same ritual of a new diaper, PJs, and a sleep sack, followed by a very large bottle. Vivienne likes to game the system. As she nears the end of her bottle, I swear she PRETENDS that she is still drinking but no progress is made. She can have a half ounce left and just milk it (pun intended) for seven more minutes. If I take the bottle away, she tells me she isn’t done. But I swear, she is just wanting to avoid going to bed.

For Vivienne, her strong preference is to just sleep in your arms. Occasionally, if you can get her to sleep for a good chunk of time before you put her in her crib, you can sneak away quietly. But 84% of the time, she wakes up and screams. Then Gisele gets up. Then you just high tail it out of the nursery and let them settle themselves back down. (They usually do quickly).

I love putting the babies to bed – during the day they aren’t a fan of snuggling or being held – as they have places to explore, and pieces of lint to put in their mouths. But at night, they are perfectly content to be held closely. I also smell their heads a good deal. I’m either weird or they still have some baby pheromones. Maybe both.

This is not a bedtime. It is a negotiation. And by negotiation, I mean, my 3-year-old clearly conveys that we have absolutely no control over her behavior and she’ll generally do whatever she wants.

The goal here is to use the potty, brush her teeth, put on PJs, and then read two books and go to sleep. This somehow morphs into an hour-long battle, complete with tears – usually hers, occasionally mine. I used to tell her stories each night, but she tended to become fixated on particular plots - PJ Mask is lost and I become a butterfly to find him! She also would refuse to let me finish a story, and we eventually decided to stick to just reading books, as they have a clear finish – but I do miss our stories sometimes. She was getting very good and helping me with what would happen next! Maybe I need to bring back the stories, but ideally not at bedtime. She still does ask for stories, and she calls them “stories from the head.” Recently she told me she wanted a story from the head, but it was already super late, so I just told her my head was empty and we’d have to try again tomorrow. She bought that. But what does that say about her perception of me – if she has no qualms when I explain my head is empty?

Anais also has been building a “nest” in her bed for the past month. We have no idea where she got this from, but she calls it her little nest. She takes a bunch of pillows, including those from our guest room, and lines them up along her headboard and the wall so she has a smaller space surrounded by pillows to sleep. Sometimes I’m even invited to sleep in her “little nest.”

After her books, or the occasional story from the head, it’s lights out. Then, Anais comes out of bed about six times, explaining that we are being too loud, or that she is hungry, thirsty, or just cannot sleep. Each time we take her back to bed, and she gets more and more agitated and I’m pretty sure she eventually passes out. It’s a fun time.

So that is how we handle bedtimes. I’m not an expert, or even particularly skilled at it, but I do have some tricks of my sleeve to make it more tolerable. First, we have a TV in the nursery – not common, I know, but it lets me watch adult TV when I’m putting down the twins (you can’t watch adult shows until late at night otherwise, since Anais hears the TV and comes running to insist that you watch a cartoon). Sometimes we also take up a beer. So yeah. It’s not always enjoyable, but we get through it the best we can.

I’m patiently waiting for my mom and dad to come visit in a few weeks. I’m pretty sure they’d love to do bedtime with my girls.